All of the above abbreviations have their origins in classified personal advertisements, where euphemisms for deviant and socially frowned-upon practices were required by periodical editors to circumvent censorship and obscenity law. 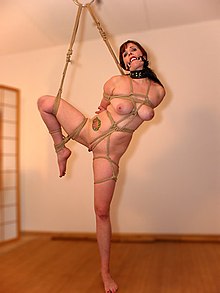 Rope bondage in an uncomfortable position

Musings of a Mistress
« Scarlett Black

The material on this site is considered sexually oriented and/or explicit, which certain people may find offensive or obscene.

By clicking the enter link provided below, or by entering this website through a direct link, the individual reading these terms certifies and agrees to the following: